The basic difference between 2-stroke and 4-stroke engines is that they completely separate the lubrication system and that they use a valve system to control the gas inlet and outlet flows. The four-stroke engine is called the alternative internal combustion engine that requires four, or sometimes five, strokes of the piston or piston (two full turns of the crankshaft) to complete the combustion cycle. The four-stroke engines are more effective and cleaner helping to reduce pollution. These four times are:

1-First time or admission: in this phase the descent of the piston sucks the mixture of air and fuel in the engines of ignition caused or the air in engines of ignition by compression. The exhaust valve remains closed, while the intake valve is open. In the first time the crankshaft turns 180º and the camshaft gives 90º and the intake valve is open and its stroke is downward.

2-Second time or compression: when reaching the end of the lower stroke, the intake valve closes, compressing the gas contained in the chamber by the rise of the piston. In the 2nd time the crankshaft gives 360º and the camshaft gives 180º, and also both valves are closed and its race is ascending.

3-Third time or explosion / expansion: when reaching the end of the upper stroke the gas has reached the maximum pressure. In spark ignition or Otto cycle engines the spark in the spark plug leaks, causing the mixture to ignite, while in diesel engines, highly pulverized fuel is injected through the injector, which self-ignites by pressure and temperature existing inside the cylinder. In both cases, once the combustion starts, it progresses rapidly increasing the temperature and the pressure inside the cylinder and expanding the gases that push the piston. This is the only phase in which work is obtained. At this time the crankshaft rotates 180 ° while the camshaft rotates, both valves are closed and its stroke is downward.

4 – Fourth time or escape: in this phase the piston pushes, in its upward movement, the combustion gases that come out through the exhaust valve that remains open. When reaching the maximum point of upper stroke, the exhaust valve is closed and the intake valve is opened, restarting the cycle. At this time the crankshaft rotates 180º and the shaft 90º. 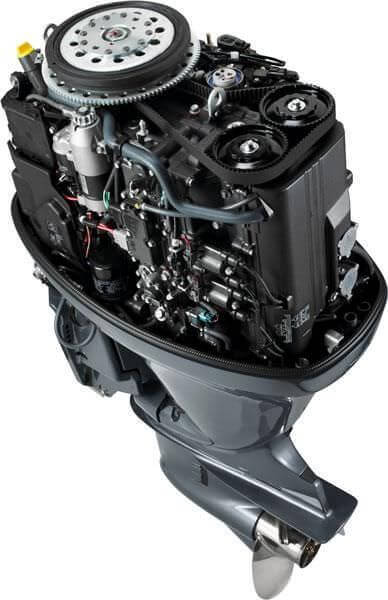