53rd edition of the International Film Festival of Catalonia will take place from October 8th to 18th in Sitges (Barcelona) and Surcando Mares offers you luxury accommodation.

This year Sitges Film Festival is going to present up to 120 films in a totally face-to-face and physical edition, with celebrities, actors and actresses, directors, etc. walking the red carpet.

‘Malnazidos’ will be the film that opens the contest, an adaptation of Manuel Martín’s novel ‘Night of the Dead of 38’, in which, during the Spanish civil war, red and national combatants allied to face the zombie enemy, but we will also have other national premieres such as ‘No matarás’, by David Victori, ‘thriller’ with Mario Casas; the horror drama ‘La vampira de Barcelona’, by Lluís Danés, and ‘Cosmética del enemigo’, an adaptation of the book by Amélie Nothomb by Kike Maíllo.

At international level, Sitges will host the world premiere of ‘The show’ by Mitch Jenkins, written by comics legend Alan Moore, an absurd paranoia and kafkaesque. Zombies will take over the screens in ‘Train to Busan 2: Peninsula’, an extension (not direct sequel) to Yeon Sang-ho’s 2016 phenomenon and if you prefer vampires, you have ‘Comrade Drakulich’ by Márk Bodzsár, a Hungarian black comedy with a hero of the cuban revolution in vampire format or ‘Post mortem’ by Péter Bergendy, a ghost story set in a haunted village in the days after the First World War.

But not everything are zombies and vampires! The highly anticipated ‘Relic’ arrives, Australian Natalie Erika James ‘debut, a cross between family drama and psychological terror with Emily Mortimer leading the cast, Zoé Wittock’s ‘Jumbo’, Brea Grant’s ’12 hour shift’, ‘Slaxx’ by Elza Kephart, about killer jeans, ‘La nuée’ by Just Philippot, horror drama about a farmer who raises lobsters and meets the unexpected or the fantasy drama “Immortal” by Fernando Spiner. Sitges also includes films of the ‘thriller’ genre such as ‘The silencing’ with Nikolaj Coster-Waldau and Annabelle Willis or science fiction such as the Russian ‘The Sputnik’, ‘Come true’, ‘Archive’ with Theo James or the comedian ‘Fried Barry‘. From the animation genre ‘Lupine III: The First’, by Takasji Yamazaki, the first of the saga to be produced in 3D.

But what are you going to do when the cinema day is over and you need to rest in a quiet place, away from the crowds and at the same time close from the Festival? A safe and private place to sleep that ensures measures against Covid-19 …

Well, in Surcando Mares you have the best fleet where you can accommodate. Yachts and sailboats with beautiful suites with bathrooms, wide beds and well-equipped kitchens to make your stay as comfortable as you can imagine.

You can check here the accommodation rates on the Bavaria 30, Bavaria 56 and the Jeanneau Prestige 32 yacht.

We are waiting for you! 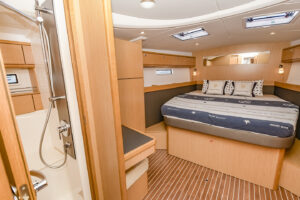