Menu
The Mediterranean is the largest sea without yet being called an ocean. It borders Western Europe to the north, Africa to the south, and the Middle East to the east, so this sea is surrounded by many of the world’s oldest civilizations. The seas and oceans play a fundamental role in the evolution and variability of the climate, because of their interaction with the atmosphere and because they absorb approximately 25% of the CO2 that is emitted annually into the atmosphere as a result of human activities, according to data from the Meteorological Service of Catalonia. In this framework, knowledge of the past evolution and future trends of sea surface temperature is crucial for future climate scenarios. Sea temperatures can be used to detect and predict the development and/or intensification of heavy rainfall in the Mediterranean basin and even in other areas of the world. Its importance has also been demonstrated in the study of heat waves in Europe. Therefore, being attentive to the temperature of the sea and its evolution is an important ingredient if one wants to enjoy it. There is a good degree of temperature variation in the waters of the Mediterranean. It is usually much warmer as you travel east and there is a range of about 10°C between the highs and lows of winter and summer. 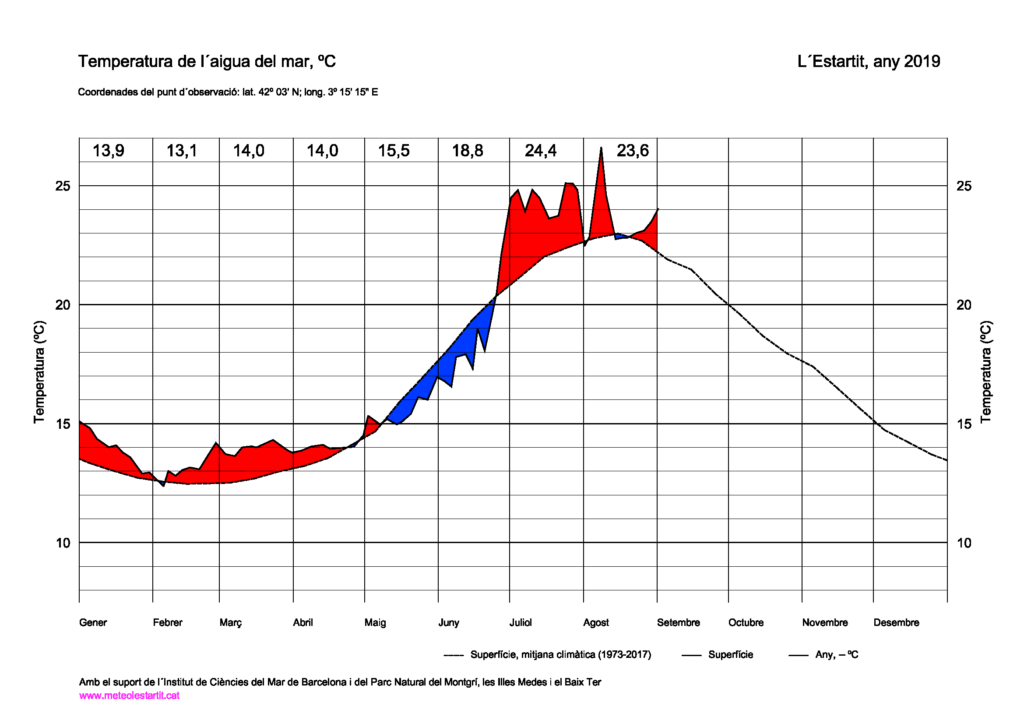 If we want to be more precise, we are fortunate that in Catalonia there are a series of maritime data from more than forty years and that are regularly taken 2 miles off the port of Estartit, a little more than a mile from the Medes Islands (42° 03′ LATO N / 3° 15′ 15” LONG E). At this point of 90 metres depth, temperature measurements have been taken since 1969 at seven levels of depth (surface, -20, -50, -80 metres). According to the Estartit and Torroella de Montgrí Weather StationIn the case of the sea, the mean annual seawater temperature has increased significantly at all levels since 1974. At the surface it increases at a rate of +0.32°C/decade, at a depth of 20 m it is +0.30°C/decade, at 50 m it is +0.26°C/decade and at 80 m it is +0.20°C/decade. 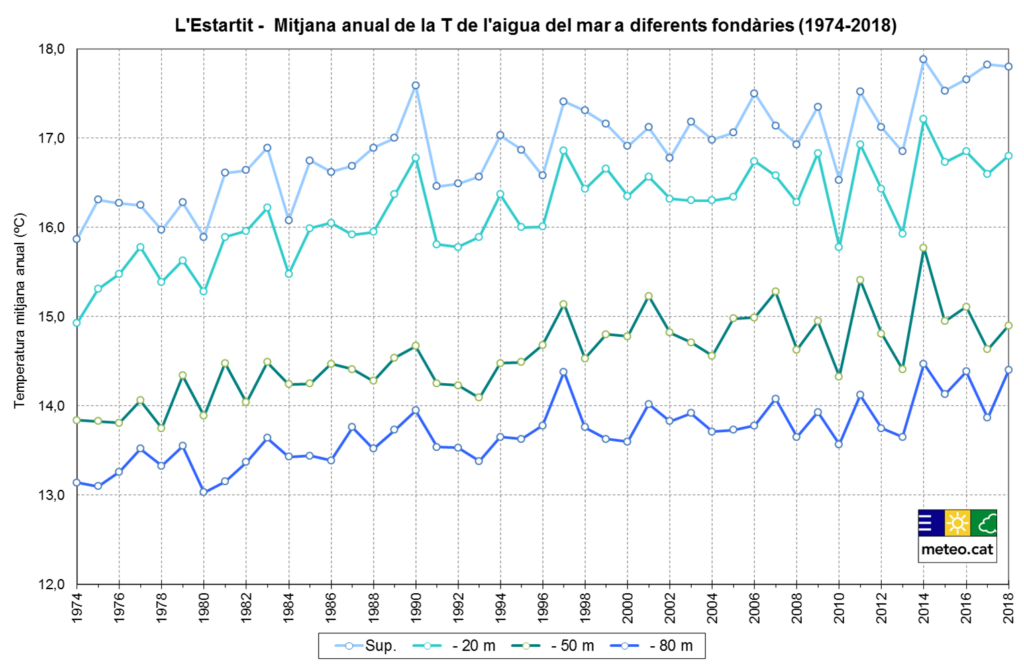 The year 2018 had a positive surface anomaly of +0.9 °C, the third highest in the whole series. Broadly speaking, we can say that seasonally, autumn and summer are the times of the year when there is the most evident trend towards warming, especially at a depth of 20 m and 50 m, with values exceeding +0.30 °C/decade. The Institute of Statistics also offers a panoramic view of the evolution of our Mediterranean Sea.